Why can two performers do the same piece of material yet one consistently gets much more enthusiastic audience responses?

Is it possible that some of magic's most sacred axioms such as "never repeat a trick" and "never tell an audience what you're going to do" may ultimately be responsible for the huge amount of mediocre magic that abounds?

What is magic's biggest lie?

These are just a few of the topics that Richard Osterlind tackles in what may be his most passionate argument yet for a return to the fundamental principles that once made conjuring one of the most respected of the performing arts. Over the years, these principles have become misinterpreted, misunderstood or largely ignored, resulting in magic's unfortunate and undeserving loss of its rightful place in the public's estimation. The Principles of Magic is Richard Osterlind's warning flag that, as performers, we have to change many of our approaches and attitudes before it's too late and magic vanishes forever.

As a bonus, Richard offers "Inside The Fold," one of the strongest openers possible for a magic or mentalism program. It's a surefire way to gain the respect and attention of any audience immediately.

More than just a reasoned appeal to mystery performers everywhere to once again lift magic to its highest artistic potential, The Principles of Magic is about rediscovering what it was about magic that you first loved...and perhaps relearning how to share its original wonder with others. 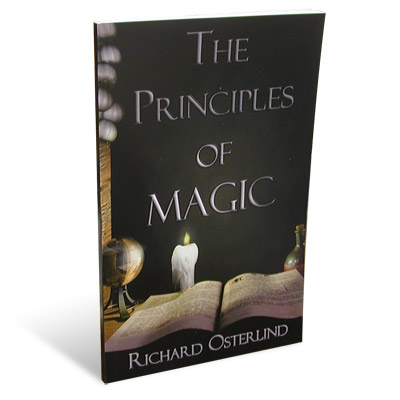