"Join your host Dave Jones as he reveals nine of his favorite routines. Featuring material performed at "4F'S" and explained for the first time on DVD!

"The Brialliant thing about this DVD is that the magic is great for both close-up and stage workers. Another winner from rsvpmagic.com." WAYNE DOBSON

Notes - The trick that everyone's talking about. Written notes magically appear on a deck of playing cards, until the selected card is revealed in an amazing way. This is the Dave's "underground" routine first featured in Jerry Sadowitz's "Crimp" magazine.

VOODOO HEAT - Burn a lasting impression in your audiences' minds!

LINKING FINGER RINGS - Dave's original version takes all the clumsy moves away, creating a routine that plays stronger than any other.

BILLY BOXING GLOVES - It's gloves off as two spectators lose their money in a contest that can only end in laughs!

SERIALITY - A sneak preview performance of a routine in which you correctly guess three serial numbers, from three spectators' banknotes, only to blow them away with a prediction that was made before the show!
" 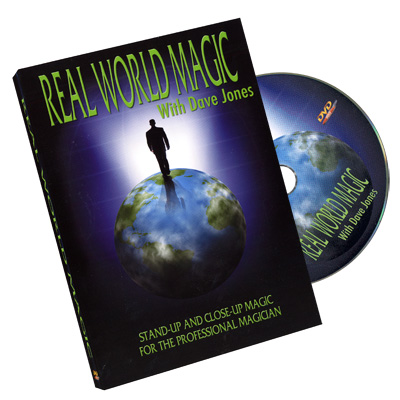