Each one of these incredible DVD's contains several creative stunners that have been part of Richard窶冱 close-up arsenal for over 20 years! You窶冤l learn underground miracles that are practical for real world use. Take your magic to the next level with The Richard Sanders Show! 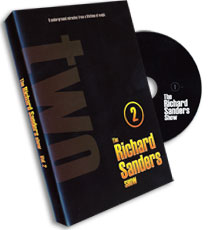