A Professional Routine for Advanced Thinkers

In the past, great mind readers such as Charles Foster, Bert Reese, Al Baker and Ted Annemann, have used nothing more than three pieces of paper and three envelopes to make headlines and create awe in their audiences.

Now, YOU will be able to do more than just apparently reading minds: you will seem to actually control them.

EFFECT: An audience member is told to think of three pieces of information that could not possibly be known by anyone present. He writes them on three separate slips of paper, folds them and seals each inn it own envelope.

The envelopes are hidden in different locations on the subject's body, such as in his pocket, his wallet or even the tip of his shoe!

The stunning fact is, at this point you already know what's written on every slip - AND WHERE THE ENVELOPES ARE HIDDEN!

The are no impressions or gimmicks of any kind. There are no one-ahead moves or dummy billets. Just three slips of paper and three unprepared envelopes. Everything can be borrowed.

The spectator seals the envelopes himself. and can even check to make certain the slips are untouched before he seals them.

But getting the information is only half of this remarkable routine. The presentation brings this effect into stardom.

The spectator now assumes the role of a captured spy and you his interrogator. By using a psychological technique you break the subject down until he can't speak! Amid the laughs of the audience, you reveal where the envelope with the information is hidden and what that piece of information is.

Next, you use your strange metal powers to psychically electrocute the subject with 10,000 volts! you never touch the subject and he's not harmed in any way, but by a mere glance the subject is thrown from his seat. again the audience is racked with laughter and you reveal the second piece of information as well as where it's hidden.

Finally. by pure mind reading. you expose every thought the subject has left.

This is a quality act that has kept audiences amazed and amused for years. But there's more!

Using the same method as in the above routine. you're able to control the thoughts of three people on stage.

People from the audience think of different things three volunteers could do on stage. This suggested tests are written on slips and sealed, by the audience in three envelopes.

The three volunteers concentrate and are able to perform the acts written on the papers! One person may he running in circles squawking like a chicken, another may he skipping through the audience. And the last volunteer may be singing an aria like a famous tenor!

Whatever the audience thinks, the volunteers do! Its an amazing act that few if any other mentalists are doing You can earn a reputation with some borrowed paper and envelopes when you know this secret.

Everything is explained and fully illustrated - nothing is left out. YOU CAN DO IT! 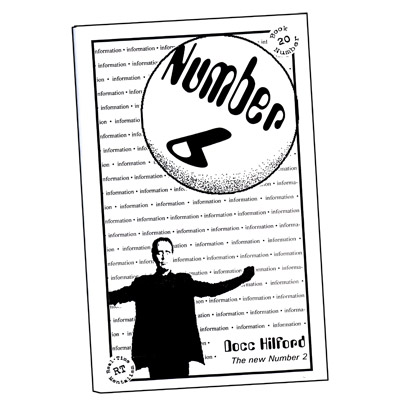