WANTED! Jack Carpenter for slaying audiences with high-powered card magic. Last known crime scenes - MULTIPLEX RESET - The suspect took four aces, signed by an innocent bystander, changed them one by one into kings, then caused the kings to instantly change back into aces. When asked where the kings were gone, the suspect produced them, each from a different pocket. By now the aces have vanished! When the bystander demanded to know where his aces were, the suspect brought each signed ace again from a different pocket!

NO TABLE ACES - The suspect was plainly seen to insert three face up aces into three different locations in a face down deck. He placed the ace of spades face up on top of the pack. Each time he riffled the cards a face-up ace rose to the top to join the ace of spades, until all four aces had gathered there. Then, with a final riffle, he forced the aces to return to their original positions in the deck! The suspect is also known to be expert at stacking and switching decks; dealing seconds, centers, and bottoms; and is said by reliable witnesses to be a master of the "Seattle Switch" and "West Coast Cooler." If seen at a card table, approach with caution. He is known to be armed and dangerous. As yet, no charges have been filed, as all his victims?Ereport enjoying being fooled by him. 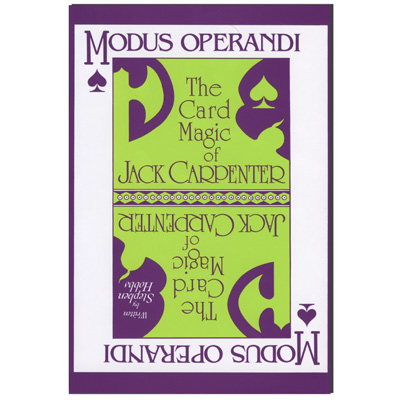