R. Paul Wilson teaches some of his pet effects, which he has honed through years of performing in bars, restaurants, parties and social events. This is a collection of diabolical routines that will slay audiences. 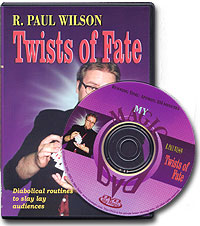