Creep inside Criss Angel's world and experience his critically acclaimed television events Supernatural and Mindfreak, both commercial-free and uncut.

"Criss Angel has taken magic and illusion from cheesola to the realm of art. Now that, that's magic." - The New York Post

"Criss Angel is the post-modern Houdini and the man in whose hands the future of magic lies." - MTV

"An amazing illusionist. The best I've ever seen!" - Howard Stern

"Greatness is he who reminds you of no other. Such a man is Criss Angel." -- Siegfried & Roy 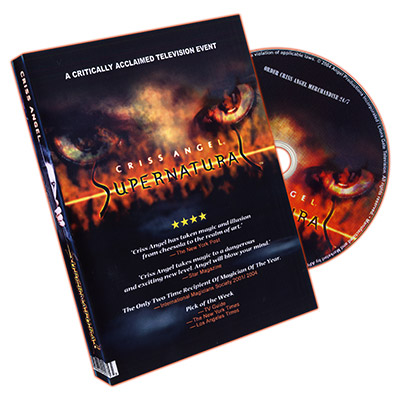