R. Paul Wilson is one Scotland's most skilled sleight-of-hand artists and on this DVD he performs and teaches the killer close-up routines he has used for years to fool magicians and entertain laymen. 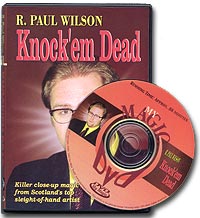