"Made in Japan Criss Angel, DVD"

This DVD documents Criss Angel's first television special in Japan, with a behind the scenes look at the making of this incredible act. The DVD contains, outtakes, performances on the street and stage, commentary by Angel, and much more as you delve inside his world for a rare look at this creative visionary.

"Criss Angel has taken magic and illusion from cheesola to the realm of art. Now that, that's magic." - The New York Post

"Criss Angel is the post-modern Houdini and the man in whose hands the future of magic lies." - MTV

"An amazing illusionist. The best I've ever seen!" - Howard Stern

"Greatness is he who reminds you of no other. Such a man is Criss Angel." -- Siegfried & Roy 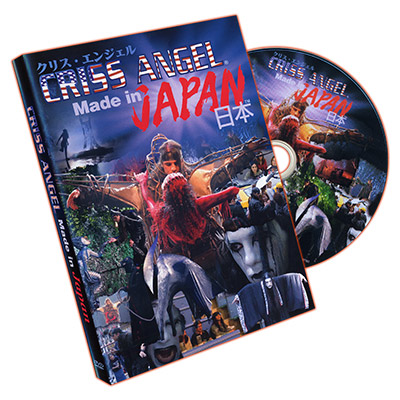