Jay Sankey has created some of the world窶冱 most inventive close-up magic. This DVD features many routines using ordinary objects like cards, coins, keys, rings, spoons and more. He employs simple methods to render his effects entertaining and magical. As an added bonus you get to see Sankey being Sankey as his warped sense of humor, that he developed as a stand-up comedian, shines throughout with some gags and fake routines.

Routines and techniques performed and explained:

Also taught are additional applications and the techniques used within the routines. Running time: Approximately 60 minutes. 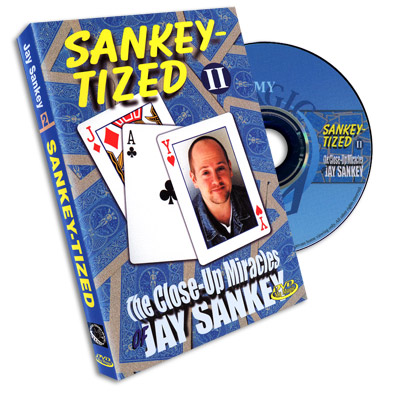