Up In Smoke book - Larry Jennings and Bill Goodwin

This Manuscript is a collection of some of Larry Jenning's best effects.

Any four-of-a kind is removed from the deck. The magician blows a puff of smoke toward the cards, causing them to instantly vanish. The missing cards are then immediately produced from four different pockets.

A card is selected and returned to the deck. Four cards are shown and this packet is placed between the spectator窶冱 hands as the magician explains that he will cause the selected card to appear between the cards he is holding. However, when the spectator separates his hands he is surprised to find not five cards, but only one?the selection.

The classic plot of red and black cards magically separating, culminating with a surprise finish.

Larry窶冱 favorite oil and routine combining the ideas of Ray Kosby, Dai Vernon, and himself.

The magician offers to demonstrate a new trick, but mentions that it does have a flaw. The four kings are placed on the table while the magician holds onto the four aces. One at a time, the kings change places with the aces until the magician is holding the four kings. Reminding the audience about the flaw in the trick, the tabled packet is shown to also consist of four kings as the magician announces the trick窶冱 weakness?窶廬t takes eight kings to do the trick.?E/P>

A spectator freely selects any card to act as a prediction. Another card is now selected, noted, and replaced while the deck is out of the magician窶冱 sight. The prediction card is now revealed and its value accurately locates the selection. 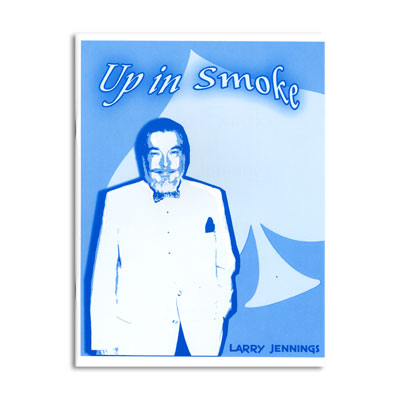