Sneak into one of the world's most exclusive close-up conventions, Fechter's Finger Flicking Frolic, and watch David Stone present the lecture that won him the Most Valuable Person award in 2003! Learn all the sleights, subtelties and finesses that have made each one of these routines a mainstay in David's close up act.

Over 80 minutes of magic, without cuts, as if you were there, plus an incredible Bonus Section featuring 3 more tricks and Surprises! 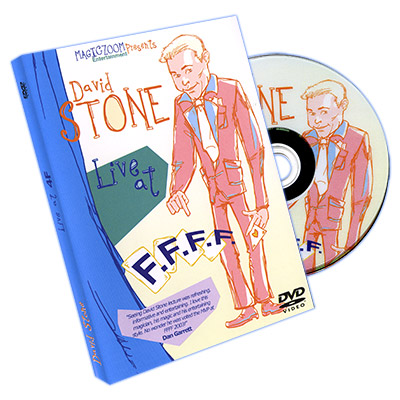