The performer displays a 36 inch length of rope, and hands it out to the audience for inspection. The rope , he claims is the famed "Kobra Kord of Kundu" a legendary rope from India imbued with the powers of the cobra snake! He attempts to recreate the legendary feat in which a snake charmer uses mystic powers to make the cobra rise from a basket. He strokes the rope in his hands twice, three times...nothing happens! Realizing that the magic spell can only be cast by symbolically recreating the cobra, the performer ties a knot at one end of the rope, symbolizing the cobra's head. He strokes the rope again, and this time the rope remains rigid, standing straight up as if possessed by some magic force. At the snap of his fingers, the rope once again goes limp. Again, if desired the rope can be handed out for examination. 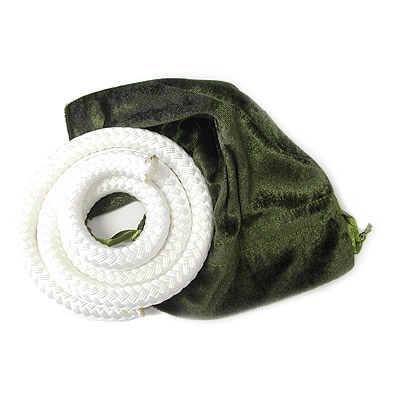