This book is mainly a compilation of some of the effects Steve invented and used more than twenty-five years ago. Most have never been published. Some effects, such as the Steffi Gaff, Penetrating Eyes, and the Shrinking Deck were invented in the seventies. Others, such as Imagination Deck, Attack from Tiny Town, and Cheshire Card are more recent creations.

Steve was the producer of the Emmy winning children's television show "Dudley's Diner" where he also performed as the on-air magician. After producing that show along with several other Emmy winners Steve had completely drifted away from magic.

A chance encounter with some magic websites in the nineties rekindled Steve's Childhood love of the art. Since then Steve has fallen in love all over again. He now brings both that love and some great magic to you in this 64 page manuscript with over 25 incredible effects. 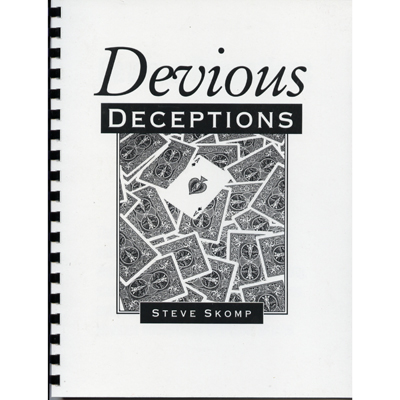