This effect closely follows a trick from Barrie's book Theater of the Mind. In that effect, the performer gives a split deck to two helpers.

The performer then retrieves a few cards from each of the helpers and goes on to explain how he uses a simple memory system to recall each card. He teaches this concept using several cards which he holds up as examples and then invites the audience to participate in the experiment.

After briefly looking at the cards held by his assistants, the performer asks them to sort them by suit. Then he quickly and dramatically finds the location of all 52 cards by pointing to the person whom he believes holds that card. When the performer comes to a card that the audience had seen, they are invited to find the location All in all, this is a dramatic and memorable stunt.

"Quartet" has the same theme, i.e. you find the locations of the cards after a quick inspection, but the stunt is more dramatic and difficult, because the cards are distributed to four persons, not two.

The included patter which relates to recalling seeing people in a four-room house - seems more believable. 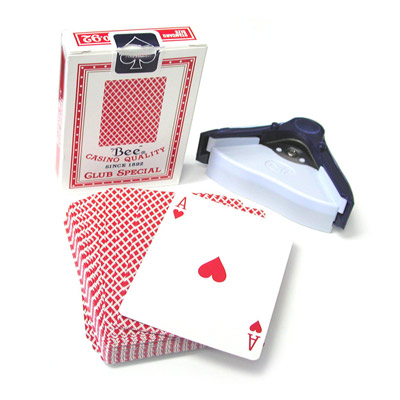