The performer shows a small origami pyramid, the one kids used as a game in grade-school. The magician shows one that has some numbers printed on each inner side.

"When I was a kid, each night, I had strange dreams where strange numbers appeared floating in front of me", says the magician. "And I don't know why, I wrote them all inside this little game I used to play." The magician brings out a small yellow origami pyramid, and places his fingers around it. He then shows all the inner sides of the pyramid with different numbers on it. "I noticed something strange about these numbers! Look, I'm going to open it two times, and I will ask you to remember just one of the numbers that catches your attention." The performer proceeds, opening the pyramid two times, one in each direction. The spectator concentrates, and without any hesitation, he can tell which number the spectator was thinking about! The effect can then be repeated with another number. 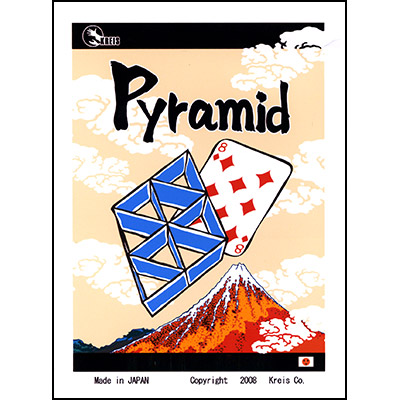