'Encased' - An extremely clean, 'signed card to card case' that is so easy it's almost self working!

Just one example of what's possible...

Effect: A spectator selects a card and signs it across the face before it is lost back into the pack. The magician asks for three attempts to find the card. On the first attempt, he fails. On the second attempt he fails again. The third and final time, he fails yet again...but all is not lost. With a snap of his fingers, he changes the three failed attempts into the mates of the chosen card. As if that wasn't enough THE SIGNED SELECTION IS DISCOVERED IN BETWEEN TWO JOKERS, INSIDE THE CARD CASE WHICH HAS BEEN IN FULL VIEW THROUGHOUT! 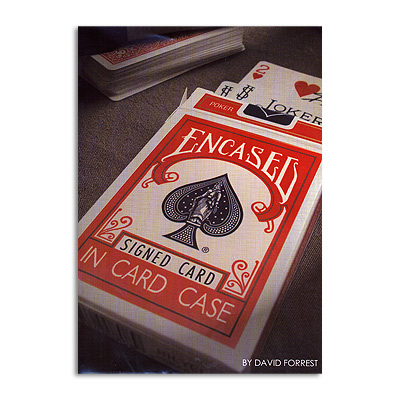