If it窶冱 been a while since you窶况e watched a magician perform and have sat there totally clueless, you窶况e apparently never seen Henry Evans work. And in this, his first ever video outing, Henry generously parts with the secrets that made him a Gold Medal winner at FISM 2000. First, you窶冤l be slack jawed at the amazing magic that Henry creates...and then you窶冤l be thoroughly delighted by how it窶冱 all done-diabolical cleverness rather than knuckle-busting sleight-of-hand. It窶冱 out-of-the-box magical thinking that窶冱 relatively easy to do but guaranteed to mystify and delight even the most jaded magical audiences. Henry will make you fall in love with magic all over again! 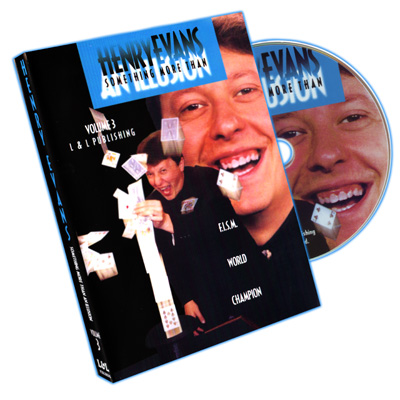